For next two days I’ve decided to see the Las Vegas Convention Center side of CES. This This is where the major companies are. At first I tried to get to the LVCC extended parking lot which is usually $10 but it was full. Then I went out to Ross parking lot. There was a no convention parking sign behind the store there was a lot for convention guest for $20. So I went around maybe to the Hilton and lo and behold the sign says $30. Headed back to Venetian where I parked before and found the Palazzo garage closer so I parked there.

I got on the shuttle to LVCC. The LVCC had more grandeur displays. A lot of the big companies are here. I tried to look for Creative Labs or Canon but couldn’t find them. What I did find are big screen LCD TVs. Curved ones too. 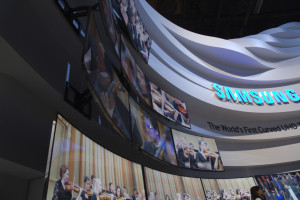 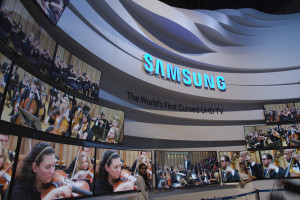 And cars too. Here’s a Ford Mustang. 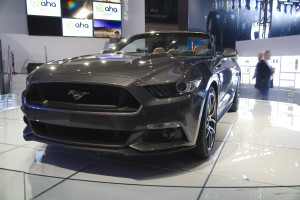 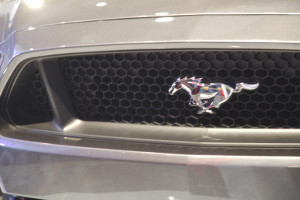 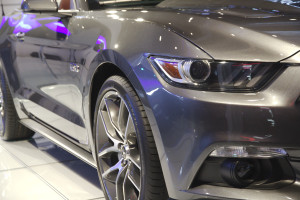 And Finally I got outside to see what’s at the central lot. I found AMD’s booth with a surround dome tent. The set up is run by a single Firepro graphics. Inside the bigger tent are displays of AMD powered devices including demos of Kaveri. I like to dabble in Blender seeing Big Buck Bunny playing. I asked the guy standing in from of it, Jerry what’s going on with the display. It’s a step down from 1080p 60 hz to 4k 24 hz. That’s the compromise of 4K display is their refresh rate and they are showing a step down filter which minimize the jerkiness of going stepping down the frame rate. Since a Blender movie is playing I asked if Cycles will ever support AMD OpenCL. He doesn’t know about and will notify the compiler team. 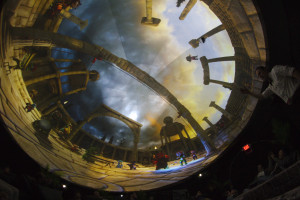 Then after that I saw the Delorien parked outside the Gibson Guitar Tent. Inside a band is playing and near the entrance are displays of guitars. 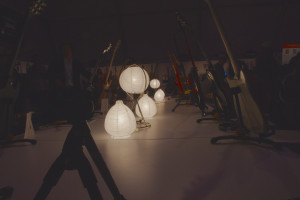 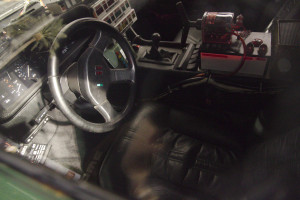 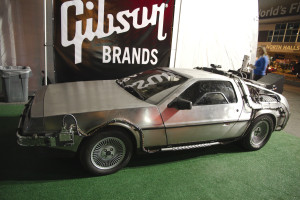